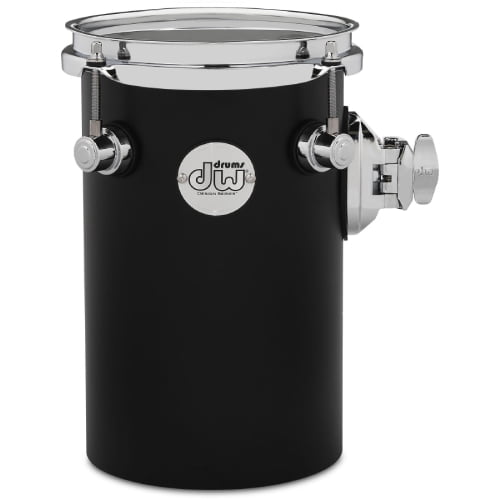 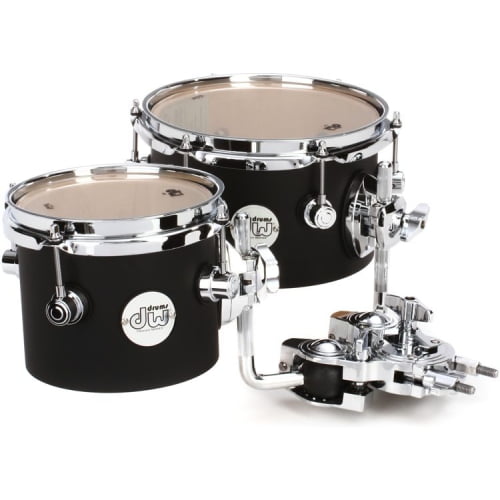 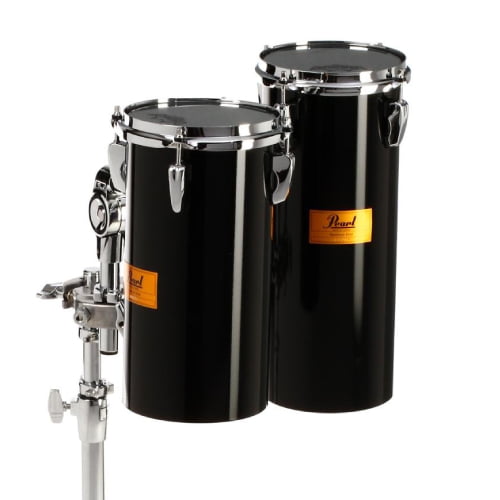 In this guide, we’ll take a look at the best concert toms on the market right now.
I’ve compared sounds, build quality, design, and cost to give you my top recommendations.

What are the Best Concert Toms?

The DW Design Series drums offer outstanding value for money, and they sound incredible. The build quality is first-rate; near flawless in fact. They also tune up excellently thanks to the True-Pitch tuning rods.

Sized at 6” and 8” inches respectively, the DW Design Series concert toms produce exciting sounds. These drums are beautifully made and they sound killer. The small shell sizes provide these drums with a lot of bite and they are so fun to play.

For the money these are the best concert toms available. The matte black finish on the Maple shells looks stunning too, and the chrome hardware is really sturdy. You also receive a heavy-duty tom mount system with these concert toms.

These Pearl Rocket Toms might be just the ticket if you are looking to add a new and exciting dimension to your drum set. Both of these Rocket Toms are sized at 6” inches in diameter but are 12” and 15” inches deep respectively.

The Pearl Rocket Toms are perfect for drummers looking for retro looks and sounds of the 1970s and 1980s. Without resonant heads, these concert toms are very bright and punchy, and they sound amazing when used in fast drum fills!

Also included with this set of Pearl Rocket Toms is a heavy duty tom stand that allows you to position these concert toms easily within your existing setup.

The Rocket Toms would also make a wonderful addition to any orchestral percussion setup, or pit percussion drumming arsenal.

The DW Design Series Rata Tom is the perfect addition to your drum set if you wish to emulate the classic rock drum sets of the past, made famous by the likes of Neil Peart and Stewart Copeland.

The hardware on this drum is excellent, as you would expect from DW. The triple-flanged hoops, Mini-Turret lugs, and True-Pitch tuning rods are all highly functional and they help this drum to sound as good as it looks.

Overall this is a really high-quality drum that boasts an impressive musical quality to it. It’s very enjoyable to play within an existing drum set, especially when used within drum fills!

You can tune this concert tom to go really high, or keep the skin fairly loose. It sounds great however you choose to tune it. This drum certainly goes a long way in adding a little sonic diversity to your drumming!

Concert toms are indeed a thing of the past. Back when drum sets were humongous – they were found on every iconic rock drum set you can imagine!

Classic rock drummers including Stewart Copeland and Neil Peart helped to make concert toms famous when they used them in their trailblazing fills and within their epic drum solos.

What Exactly are Concert Toms?

Concert toms differ from regular toms in several ways. Firstly, they only feature one drumhead, which means they only have a batter side and no resonant head. This helps them to produce clearer and punchier tones, with a lot more aggressive bite!

Secondly, they are also typically smaller in diameter than regular toms found within a drum set. Concert toms can be as small as 6” inches in diameter and the smaller size gives concert toms a distinctive and bright pop sound.

Why are Concert Toms Not as Popular as Before?

Concert toms are nowhere near as popular as they used to be. This could be due to many factors. Most importantly, drummers nowadays rarely play on huge drum sets like the ones that existed back in the 1970s and 1980s.

Let’s face it – drums are expensive. They can also be very inconvenient to transport to gigs and rehearsals. For these reasons, drummers (like myself) tend to use more streamlined set ups. It’s more convenient to own and to play a more compact drum set.

Concert toms would make a great investment for any drummer who actively wants to expand their drum set. While having a bigger drum set is not as convenient, it is a lot more fun! You have more drums to play and you can be more creative behind the kit.

Having more drum and percussion elements allows you to be as creative as you like, and you are able to explore from a wider range of musical sounds to incorporate within your drumming.

Concert toms produce distinctive and musical tones that sound amazing in drum grooves and fills. They are surprisingly loud, which makes them useful especially during drum solos.