In this guide, we’ll take a look at the best home recording studio packages on the market right now.
I’ve compared gear included, performance, features, and cost to give you my top recommendations.

What are the Best Home Recording Studio Packages? 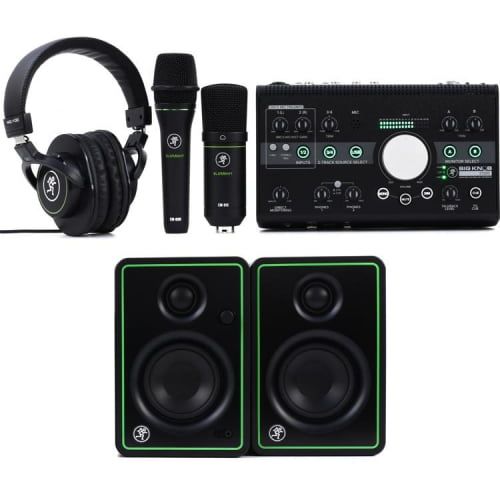 First on our list of the six best home recording studio packages is the impressive Mackie Studio Bundle. The Mackie Big Knob Studio 3×2, a USB interface with Dual Onyx preamps. The integrated talkback feature is handy for recording a drummer or vocalist in another room.

The Big Knob also doubles as a monitor controller, offering volume control, a mono switch, and trim controls for output to your speakers, handy when running a secondary pair of monitors for referencing mixes.

Additionally, this pack features a pair of Mackie CR3-X Multimedia Monitors. These monitors come bundled with a pair of MC-100 Professional Headphones, which offer the optimal balance between isolation and accurate sound reproduction, with large, custom-designed drivers that deliver a clear and detailed signal at all levels.

Finally, this pack comes with a Mackie EM-91C Large-diaphragm Condenser Microphone and Mackie EM-89D Dynamic Vocal Microphone. Both microphones offer quality at a budget-friendly price, with an accurate response and also extreme durability.

Whilst they are targeted mainly for vocal recording, the quality of these microphones means you can also use them for recording a variety of instruments, from acoustic guitar to drums and everything in between.

For those looking for a home studio recording solution that provides a ton of options at a reasonable price, this recording package is ideal! 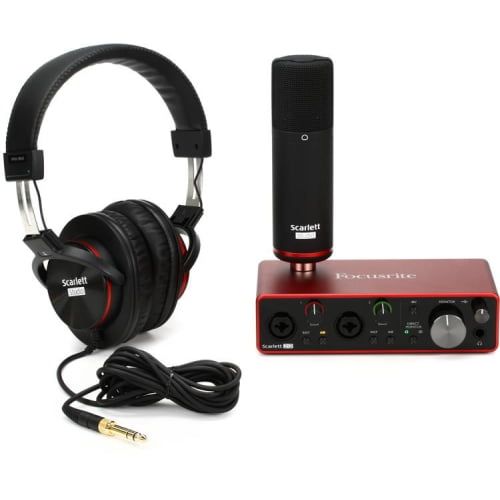 Focusrite has become widely known for their ability to offer top quality recording equipment at top quality prices, and this bundle is no exception.

Also included is a pair of Scarlett Studio HP60 MkIII closed-back headphones and a Scarlett Studio CM25 MkIII condenser microphone, both of which are built with the same quality in spite of the budget price point.

Whilst the 2-input interface may deter those who wish to record full drum kits and more detailed audio sources, Focusrite has truly delivered with this bundle, providing a package that offers premium features and build quality at an extremely reasonable price. 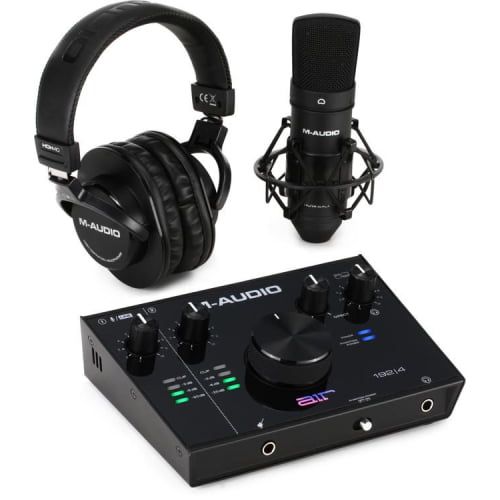 Next on our list is another budget-friendly recording package from M-Audio, which is the best home recording studio package for those looking to record vocals.

At the center of the AIR Vocal Studio Pro is the AIR192|4 audio interface, which features a low-noise Crystal preamp/TRS input with +62dB of gain, along with a hi-Z input.

One feature which gives the AIR192|4 the edge over most units in its price bracket is the lightning-fast 2.59ms round-trip over USB-C, which when recording is extremely useful in keeping latency low.

This home studio package includes a comprehensive array of software that will undoubtedly appeal to the home producer.

Also included in this bundle is the M-Audio Nova Black condenser microphone. With Class A solid-state electronics, this microphone is built specifically for low noise, distortion, and coloration, especially suited to vocal recording, although versatile enough to be adapted to many different applications.

Additionally, a pair of M-Audio HDH40 headphones are included, which performs a solid job of accurately presenting source material.

This is another home recording bundle that is suited for those looking for a recording solution that offers quality alongside a budget-friendly price point. 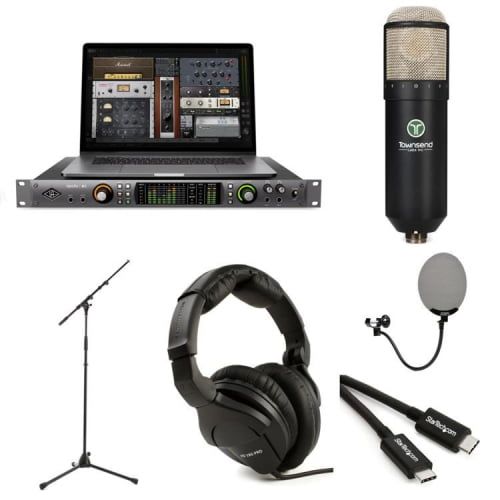 While previous entries on this list of the best home recording studio packages have appealed to budget-conscious buyers, this set is perfect for those who want to upgrade their home studio to the next level.

Also included in this studio equipment bundle is Townsend Labs Sphere L22 Microphone Modeling System, which is perfect for those who are looking to recreate the sonic character of some of the most coveted microphones ever made.

The included Sphere DSP plug-in lets you change your mic selections and polar patterns after recording, accurately modeling the response of a variety of microphones, including transient response, proximity effect, harmonics, and three-dimensional polar response in a flash.

The Sphere L22, a dual-capsule mic with dual outputs, enables a more thorough capture of the sound field – and also offers the option of simultaneous stereo recordings, even with different mic models in left and right channels, using the plug-in.

In conclusion, it can be fair to say that this home recording bundle is the best that money can buy, with an interface that includes more features than you could ever need and possibly the coolest microphone ever. 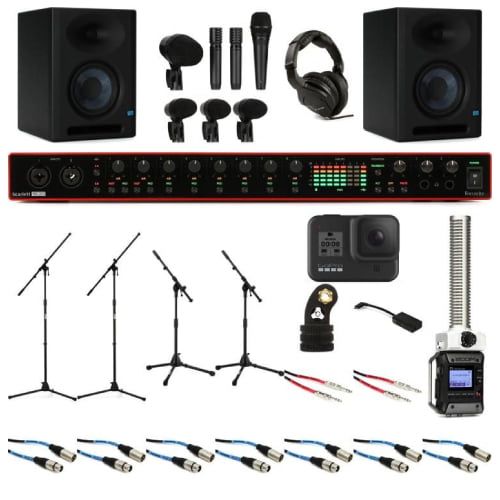 It is perfectly suited for content creators and drummers, coming bundled with everything you could need to mic up, record (digitally and visually), and mix your content.

While there are too many elements to this home recording package to go over individually, I can vouch for their quality!

From the Focusrite 18i20 interface to the Sennheiser HD 280 Pro Closed-back Studio and Live Monitoring Headphones, this package comes bundled with the best of the best. There is even a GoPro HERO8 4K60 Waterproof Action Camera, which will allow users to film their drumming at high quality, just like Casey Cooper.

While this bundle is pricier than some others on this list, it is by far the most comprehensive. With an interface, microphones, camera, monitor, headphones, stands, cables, and adaptors all included in this set, you could not ask for more at this price point.

I would very strongly recommend this for those looking to follow in Casey Cooper’s footsteps and start creating some killer drum content themselves. 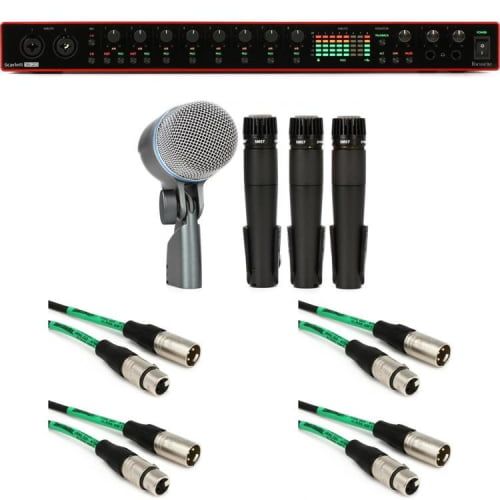 The final home recording studio package on this list is the Focusrite Scarlett 18i20 Gen 3 & Shure DMK5752 Drum Recording Bundle. This bundle comes at a far more budget-friendly price than the previous entry, and while it is less comprehensive, it features the best equipment you could buy at this price point.

At the center of the bundle is the Focusrite Scarlett 18i20 Gen 3. It’s mic/instrument preamps offer top-quality sound and are conveniently located right on the front panel where you need them, while the back panel hosts a slew of extra I/O — up to 18-in/20-out simultaneously – for recording drums, this is more than ideal. Additionally, there are six additional XLR combo inputs.

In this home recording set, you also have a Shure DMK57-52 Drum Microphone Kit. When it comes to drum microphones, Shure has built a rock-solid reputation, which extends onto their products as well.

Included in this pack are none other than 3 of Shure’s most legendary microphones: the SM57. This has been used on countless professional records and is a must when it comes to getting the absolute best snare sound. There is a Beta 52A included for the kick, which delivers low-end punch and a great deal of sonic presence for your mix.

In conclusion, while providing a smaller package than others, this pack delivers the best when it comes to quality. For someone looking for a more minimal but top-notch recording solution, this is undoubtedly the best home recording studio package. 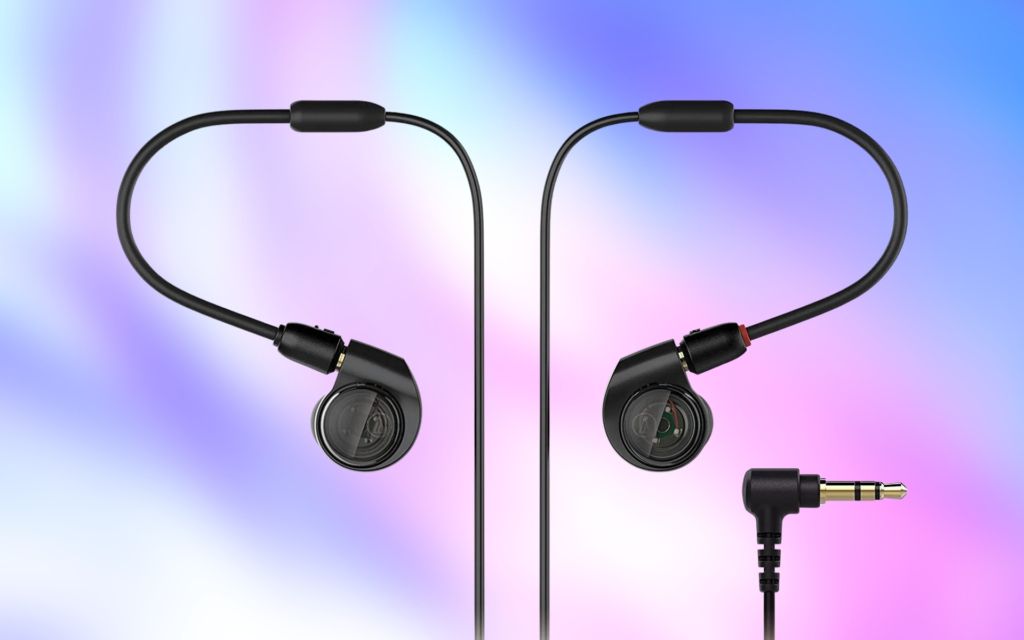 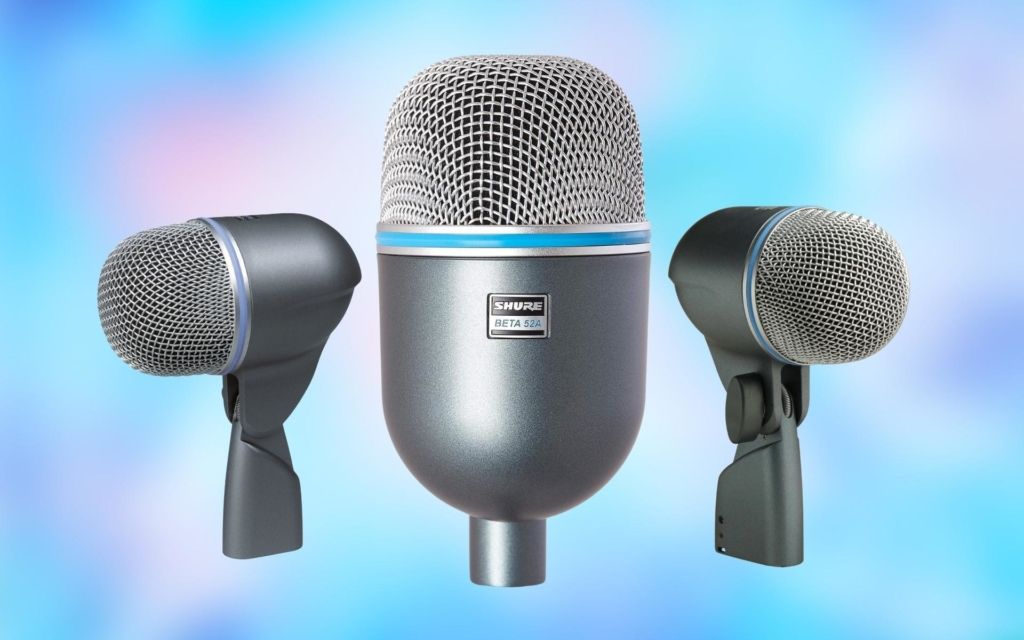 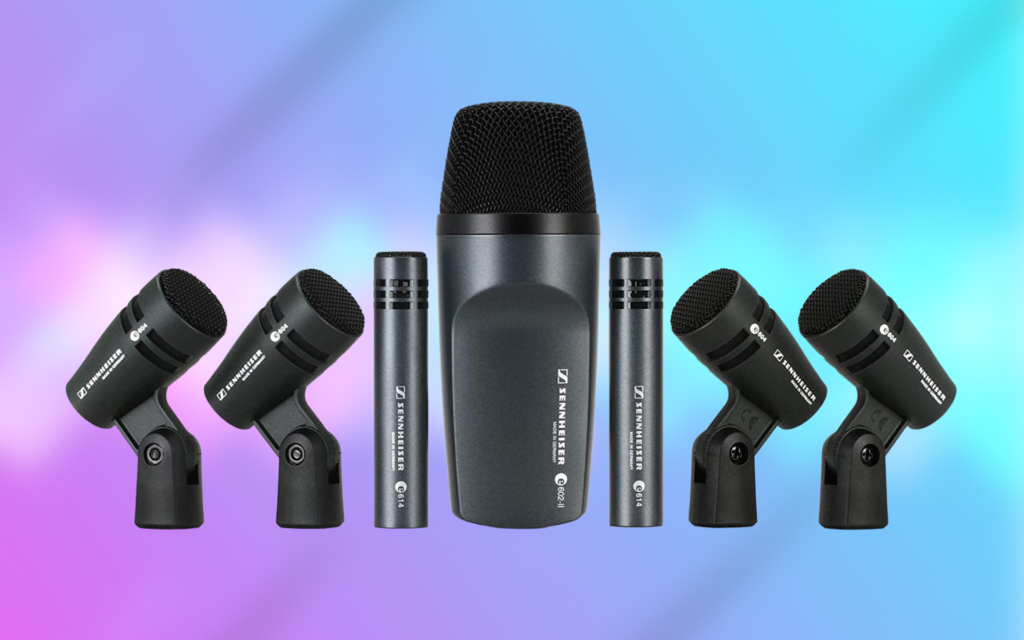 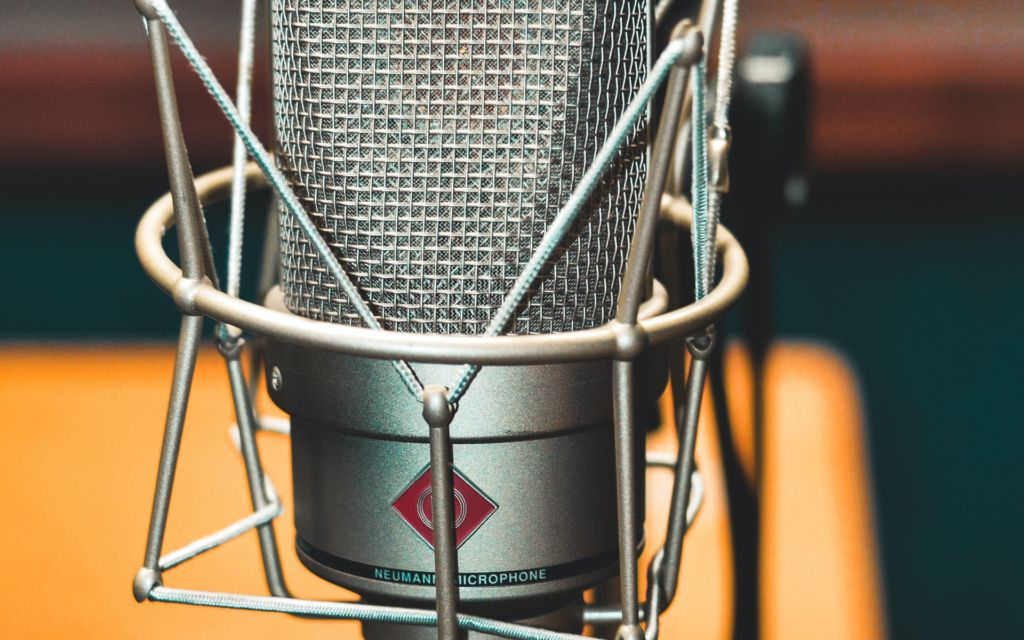 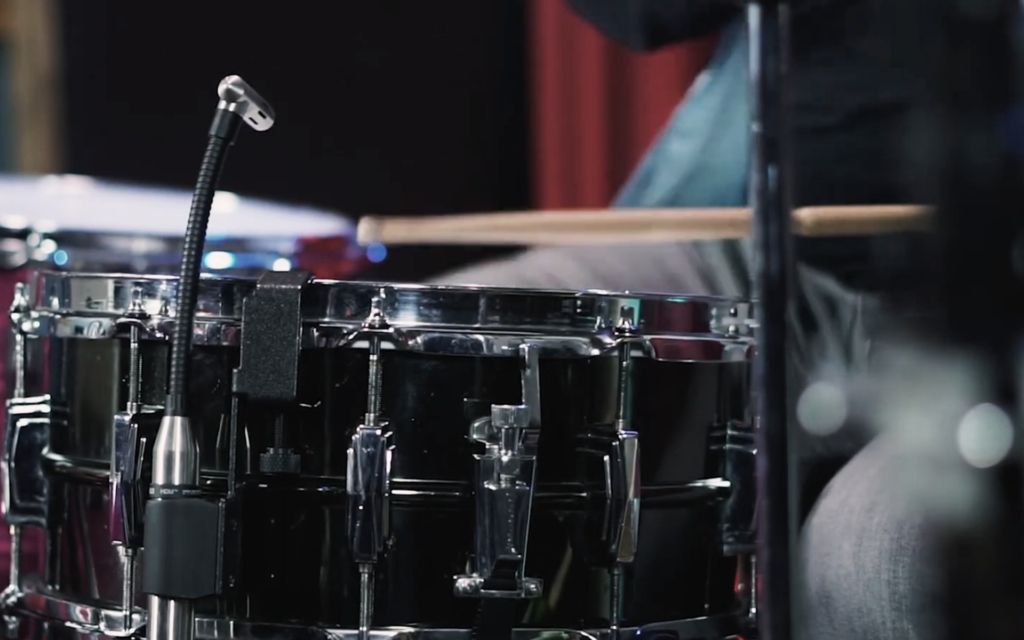 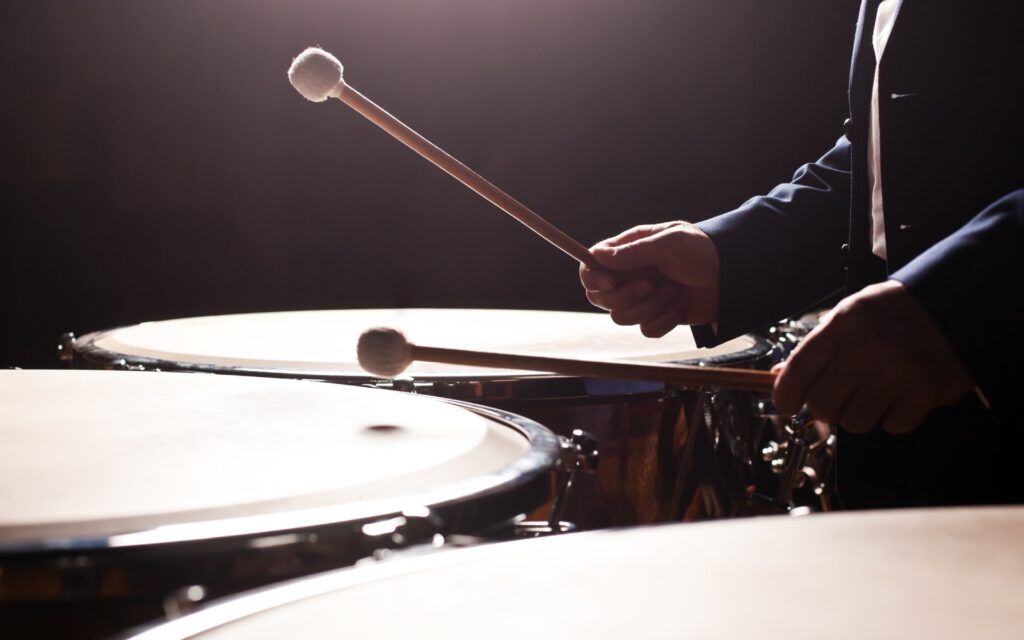