If you’re new to the drumming world then you might be wondering why on earth you see so many drummers playing cymbals with holes in them. Some people might even think they’re broken. After all why not just play regular cymbals?

To answer the question straightforwardly, drummers play cymbals with holes because they produce awesome sounds. I would describe the sound as a cross between a crash cymbal and a china. Unlike regular crash cymbals that don’t feature any modifications, cymbals with holes deliver sharper and trashier sounds, plus they and also have a shorter decay time.

Cymbals with holes make the perfect effects cymbals. They are ideal for pronouncing accents and crashes within music – adding some excitement and flavour!

When Did Cymbals With Holes Become Popular?

Perforated cymbals are in fact a rather new trend within the drumming world. The most popular cymbal lines that feature holes in them are the Zildjian EFX line, Sabian O-Zone crashes and Meinl Trash Crashes.

Countless famous drummers swear by these effects cymbals and they have made their assertive mark within the drumming community.

Sabian were actually the first company to mass-produce cymbals with holes. Sabian produced their first perforated cymbals as part of their Evolution line that was developed with Dave Weckl in 2002.

Sabian’s master product specialist Mark Love explained that the O-Zone cymbals were actually invented by accident. After a cymbal maker was punching out holes in a cymbal to be used as jingles, he wanted to experiment by placing evenly spaced holes around the cymbal to see how it would affect the sound.

After some research and development, Sabian discovered that putting holes into a cymbal affected the way the sound travels. Taking metal out of the cymbal distorts the sound waves and thus creates an aggressive sounding roar. Back in 2002 Dave Weckl was very fascinated by the project and wanted to help take it to the next step!

Is This When Cymbals With Holes Were Invented?

Within contemporary pop, RnB, rock, gospel and metal music amongst many others, yes! But this is not officially when cymbals with holes were invented.

Strictly speaking, cymbals with rivet holes have been around since the 1930’s! These cymbals with holes are typically ride cymbals and they are used for jazz music.

The rivets are tiny holes that are punched within the cymbal to be able to accommodate a chain through the cymbal hole – producing a sizzle effect. Jazz ride cymbals that feature rivets and chains create a really beautiful range of sounds whilst played. Cymbals with rivets became especially popular in the 1950’s and 1960’s, and are still very popular to this day!

Are There Other Types of Cymbals With Holes? 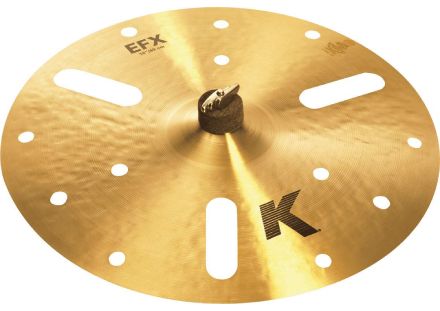 Nearly all cymbal manufacturers now produce ranges of cymbals with holes in them for the consumer market. As mentioned before, the other most common ranges include Zildjian’s EFX range and Meinl’s Trash Crashes.

With all these different cymbal ranges, the number of holes, shape of the holes and size of the holes vary between each cymbal model and also depending on the size of the cymbal. All these factors together contribute to a cymbal’s overall sound.

Since the explosion in popularity of perforated effects crashes, cymbal manufacturers have also experimented by punching out holes of other types of cymbals to alter their sounds.

There are now popular ranges of splash cymbals, china cymbals and even hi-hats that feature holes enabling them to deliver dryer, sharper, trashier and quicker sounds.

Two popular examples are Sabian’s Aero splash cymbals and the Holy China cymbals. The Holy China is a type of chinese cymbal that delivers a devastatingly loud and trashy sound, and it was designed with Chad Smith from the Red Hot Chili Peppers to cut through the wall of guitars each night on tour.

Interestingly enough, unlike the effects cymbals that feature holes in order to add trashiness through distorting the sound waves, low volume cymbals feature lots of holes in order to reduce the mass significantly and its overall levels of volume.

They’re perfect for quiet practicing, allowing you to play for longer without ear fatigue or hearing damage. And of course without disturbing your neighbours! 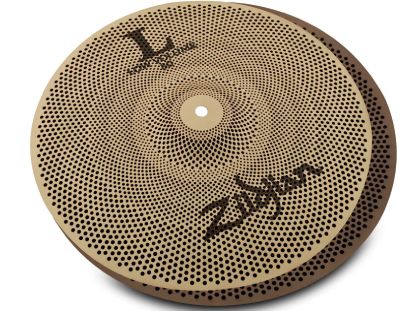 These lightweight cymbals are designed from a lightweight specialized alloy that is flexible and also provides an authentic playing experience and real cymbal feel.

Are Cymbals With Holes Less Durable?

The cracks that I have experienced have all been around the holes from within the cymbal as opposed to the circumference edge.

But all cymbals are prone to breaking somewhat, it depends how you play and how hard you strike the cymbals. If you have poor technique then you will break cymbals with holes or regular cymbals.

Instead of striking through the cymbal, try swiping across the cymbal with a whipping motion to ease off tension on the cymbal. You can still strike it hard, but with a swiping motion you can prevent some of the downward force which puts pressure on cymbals that typically forms cracks.

Are Cymbals With Holes Worth Buying?

Absolutely! Despite my observation that cymbals with holes are slightly more prone to breaking, I believe these types of cymbals are amazing investments that can allow you to explore a wide variety of sounds.

Cymbal manufacturing has come a long way and innovation has allowed many drummers to find sounds to add to a drum set that was previously thought to be unobtainable.

Use your ears, and listen out for the sounds you like when looking to invest in new cymbals. If you enjoy how a cymbal sounds, and you believe it will compliment the styles of music you play then it’s absolutely worth it!

After all, it’s all about finding sounds that inspire you from different types of cymbals. So enjoy experimenting and finding new ways to be creative and most importantly having fun! 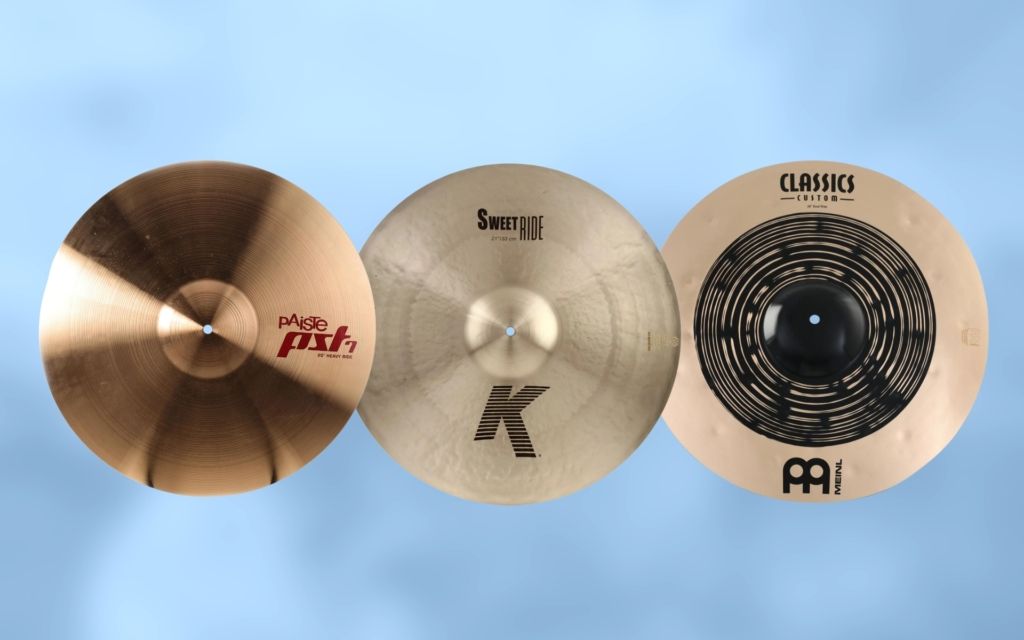