If you spend a significant period of time listening to music and reading about it, you are likely to encounter the initials LP (long play) and EP (extended play). These have historically described two different types of vinyl records, yet the two terms remain in use today, even when describing music in the digital age.

So what is the difference between an LP and EP? Where did the two terms come from? What is an EP or LP in the modern digital age? And how does this relate to the original concept? This article will answer all of these questions!

What Is The Difference Between LP and EP in Music?

An LP describes a full-length album, which will usually be at least eight tracks long, while an EP is a middle ground between a single and an LP, usually consisting of four to seven tracks. Both LPs and EPs are eligible for the Billboard 200 chart, but LPs have historically dominated the charts!

What is an LP?

Historically, an LP was the shortened name given to a “long-play” vinyl record. These records originally had a capacity of 23 minutes per side, allowing for a total play-time of 46 minutes when both sides of the vinyl record were used. The technology was introduced by Columbia Records in the 1940s and became the standard across the music industry.

LP vinyl records were used for the release of full-length albums by popular musicians. These albums were divided into a Side A and Side B and split across the two sides.

They usually consisted of between 8 and 12 tracks, with the precise number varying depending on the length of the tracks. Later, some LP records allowed for a total of 26 minutes per side, for a total run time of 52 minutes, but most LPs remained in the 30 to 45-minute range regardless of this fact.

While vinyl records still exist, the technology has been followed up by compact discs (CDs), digital downloads, and online streaming. Yet, you still often hear references to LPs. So what is an LP in this modern context?

Put simply, the initials are now often used as a shorter way to describe a full-length album of any kind, regardless of the format or distribution method.

What is an EP?

An EP or “extended play” also originally referred to a type of vinyl record. In fact, the EP was a competing format with the LP and was introduced by RCA Records in the early 1950s. While EP vinyl records had their own advantages, a crucial detail was that the records could only hold around 7.5 minutes of audio per side.

This allowed EPs to have a total running length of 15 minutes. Again, this later increased by a few additional minutes, but the crucial thing to understand is that EPs were able to hold multiple tracks, but not as many tracks as an LP. As a result, EPs served as a middle ground between singles, which were usually one track per side, and full-length albums.

Much like with LPs, however, EPs continue to exist well into the age of digital downloads and online streaming. So what does EP mean in music today and what is the difference between EP and LP in this modern context?

Essentially, today, an EP simply refers to any collection of music that contains too many tracks to be considered a single release, but too few tracks to be regarded as a full-length album.

While there are no strict definitions on what can be regarded as an EP, it is generally accepted that this means somewhere around four to seven tracks. Some definitions also refer to EPs as having a maximum run time of 28 minutes.

Miley Cyrus is an example of a pop artist in the modern age who still releases EPs, with ‘She is Coming’ being a recent example. In previous decades, EPs were also often used for small ‘Greatest Hits’ compilation albums.

Benefits of LPs and EPs 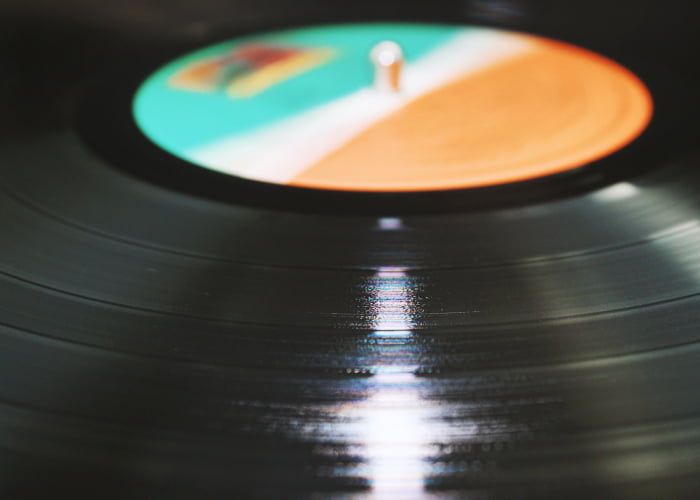 Back when the terms LP and EP referred to types of vinyl records, LPs emerged as the dominant format and that is partly why the full-length album took off as a concept. Many of the most successful records of all-time, from ‘Sgt. Pepper’s Lonely Hearts Club Band’ by The Beatles, to ‘Thriller’ by Michael Jackson, were released as LPs.

Even within the modern context, for established artists, the priority is usually to focus on releasing full-length albums, or LPs. Historically, these have also dominated the major music charts, such as the Billboard 200.

With that being said, EPs have also enjoyed substantial popularity throughout time and a small number of EPs have even been able to top the Billboard 200 chart. Two of the most notable examples of EPs to achieve this feat are ‘Collision Course’ by Jay-Z and Linkin Park, and ‘Jar of Flies’ by Alice in Chains.

For new bands and artists, EPs can be an ideal way of promoting their act and selling music without having to commit a substantial amount of time and money required to create a full-length studio album.

Historically, EPs have also been very popular with alternative artists who are not chasing mainstream chart success. For this reason, EPs are common in genres like punk, hip hop, and indie or alternative rock.

One other potential use for EPs is as a stop-gap between LP releases. It is not uncommon for artists to release an EP in order to build anticipation and then release an LP that expands upon the EP, turning it into a full-length album.

Regardless of whether you are talking about the historic vinyl formats or the modern-day usage of the two terms, the difference between an EP and LP boils down to length.