The Roland SPD-SX has been the industry-leading sampling pad for several years, and it’s been the go-to pad for anyone needing electronics integrated into their acoustic setup.

Roland has taken all the success of that pad and used it to create an even better one in the Roland SPD-SX Pro. This newer pad takes all the designs of the original and improves on them drastically.

In this review, we’re going to look at all the new features, and we’ll explore what makes this a superior pad. By the end, you’ll be able to decide if it’s worth getting this one over the original, which is so widely loved. 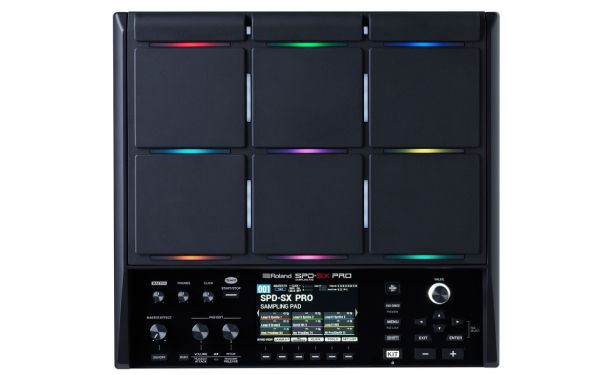 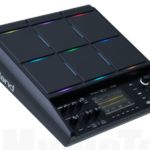 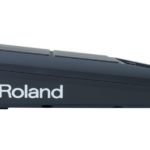 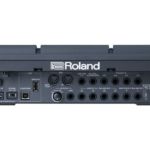 I’ve had the Roland SPD-SX Pro for a few weeks now, and although my experience with it is somewhat limited (I feel like I’ve barely scratched the surface with all of its features and capabilities!), I’m completely blown away by it.

In every aspect, the SPD-SX Pro has leveled up massively compared to the original SPD-SX.

One of the most notable differences and biggest improvements that the Roland SPD-SX Pro has from the original is the design of the pads. The upgraded pad now has highly-visible multi-colored LED lights.

These lights are fully controllable, allowing you to easily assign different colors for various uses. It makes the pads a lot easier to see in dark spaces, making this feature incredibly useful on stages when the lights are dim.

The interface of the pad is quite similar to the original interface. You get most of the same buttons and knobs. However, the layout is more refined. It looks a lot cleaner, and it’s easier for people to understand what to press.

The great thing about this SPD-SX Pro is that the fundamental design is still the same as the original version. So, anyone who is used to using that will feel right at home when upgrading to the Pro version.

The sounds are one of the standout SPD-SX Pro features. It comes loaded with over 1500 onboard sounds that are all fully customizable. Most of them sound fantastic on their own, but you can sit and fiddle with EQ and effects settings to tweak them further to get the best possible quality out of them.

These sounds range from acoustic and electronic drum kits to various world percussion to notes that form melodies and scales.

Compared to the limited number of sounds on the original SPD-SX, this is a massive upgrade! The full potential will always be reached with these pads when you import your own sounds, but it’s great to have so many sounds straight from the box.

Another new thing that the SPD-SX Pro version has is a 16-step sequencer. This feature allows you to assign different sounds to a single pad. Every time you hit the pad, a different sound will play. This lets you play incredibly intricate things without having to move your hand around to play them.

These sounds can also be layered with serious detail, so you can create a huge array of interesting patterns.

The original SPD-SX worked extremely well when it came to connectivity, but the Pro version takes it a step even further, offering more audio outputs than any other Roland percussion product or electronic drum pad available.

It has a total of eight external outputs. Four of them can host stereo triggers, or you can connect eight mono drum triggers with Y-cables.

This gives you massive potential when it comes to creating a hybrid drumming setup. You can build a high-end rig with just four stereo triggers and you’ll be able to utilize the power of the Roland SPD-SX Pro along with your acoustic drums.

You could also use the SPD-SX Pro as a standalone electronic kit. You could use the pads as drums, and then utilize the trigger outputs to add hi-hats, a bass drum, and two cymbals.

Lastly, you could connect other electronic instruments to create a music production setup. The possibilities are crazy when you think about it, and the SPD-SX Pro is much more geared toward allowing you to do things compared to other pads on the market.

This pad performs incredibly well due to its amazing build quality. The most notable thing to mention is that it has isolated circuitry. This helps reduce the noise when you play, and you get no cross-talk between the different pads.

Having no-cross talk is a major benefit of the Roland  SPD-SX Pro, as it’s something that most sample pads have issues with. You can be sure that when you hit one pad, you’ll never trigger another one unintentionally.

The nine pads are also pleasantly responsive. You get greater degrees of response to sensitive playing compared to the original Roland SPD-SX.

You can play extremely quietly, and the pads will give back exactly what you put into them. This makes them feel more realistic to play. The increased shoulder pad sensitivity is a great upgrade from the original SPD-SX, as those shoulder pads often feel rigid.

It’s kind of like the feeling of playing a high-end Roland drum set compared to a low-end one when comparing the pads to ones from other sampling pads.

The SPD-SX Pro is designed to be a pad for live performances, so all the features are geared toward that as well. This makes the overall performance aspect of this sampling pad top-tier.

It’s undoubtedly the best option on the market from a live performance point of view.

The value of the Roland SPD-SX is the one aspect where people may not be convinced. It’s one of the few sampling pads on the market that costs over $1000, making it a huge purchase for most people.

Considering everything that it offers, it’s well worth its price tag. However, not everyone will be willing to pay that much for one piece of gear.

You also need to consider the fact that it doesn’t come with a stand. Getting a stand to place it next to you at your drum set will cost an extra $100 or $200.

With that being said, people thought the original SPD-SX was expensive when it first came out. It ended up being the industry-standard pad for several years, with every big artist needing their drummer to use one.

Looking at that history, it makes sense to invest in the better SPD-SX Pro if you’re looking for a new sampling pad. Although the price is high, it will pay you back in value and usability.

Roland didn’t hype this pad up too much before releasing it, but it’s going to change the hybrid drum kit industry over the next few years. It’s superior in every way to the original SPD-SX, so it’s well worth upgrading if you have the cash for it.

If you don’t feel the need to upgrade, the original SPD-SX will still serve you well. It’s just starting to show its age with technology constantly advancing, so you may need to upgrade to the SPD-SX Pro in the near future.

If you’re looking at another drum pad, I’d suggest considering spending more on this first to save you an upgrade in the future.

After all, the Roland SPD-SX Pro is the ultimate sampling pad available and the choice of all the top pro drummers worldwide.

What Comes In The Roland SPD-SX Pro Box?

Roland SPD-SX Pro At A Glance 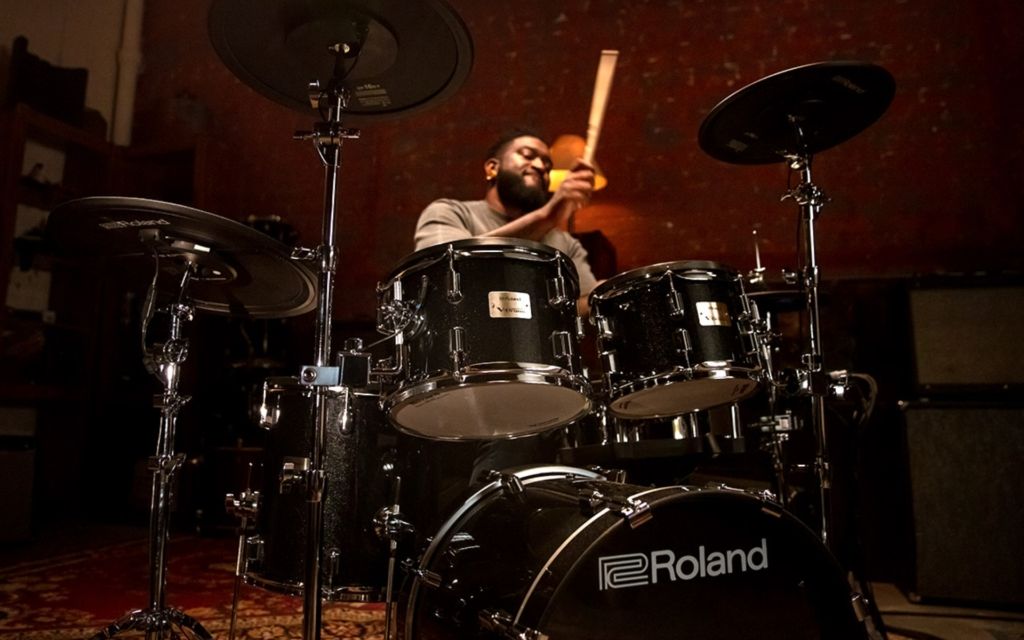 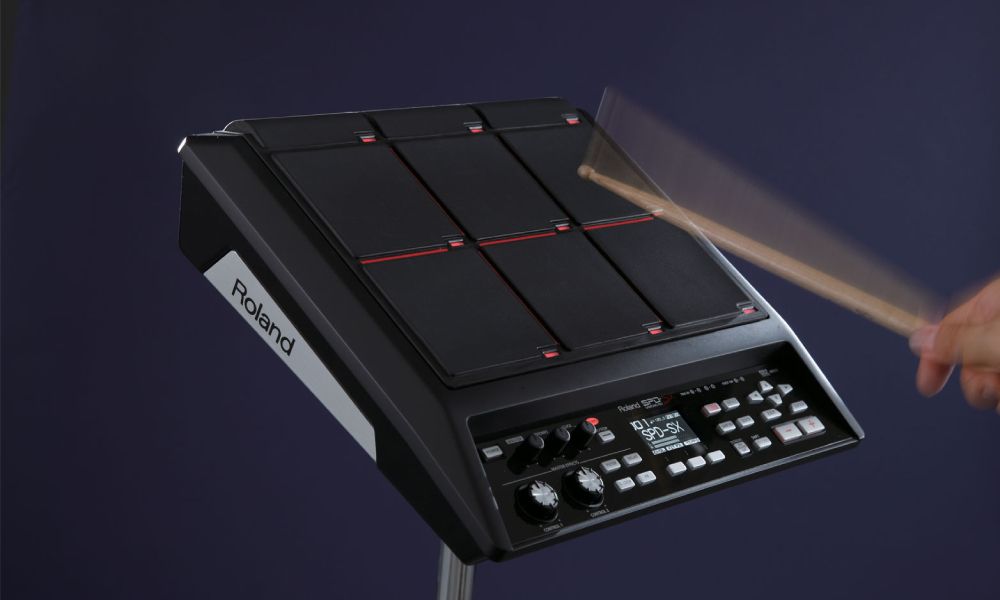 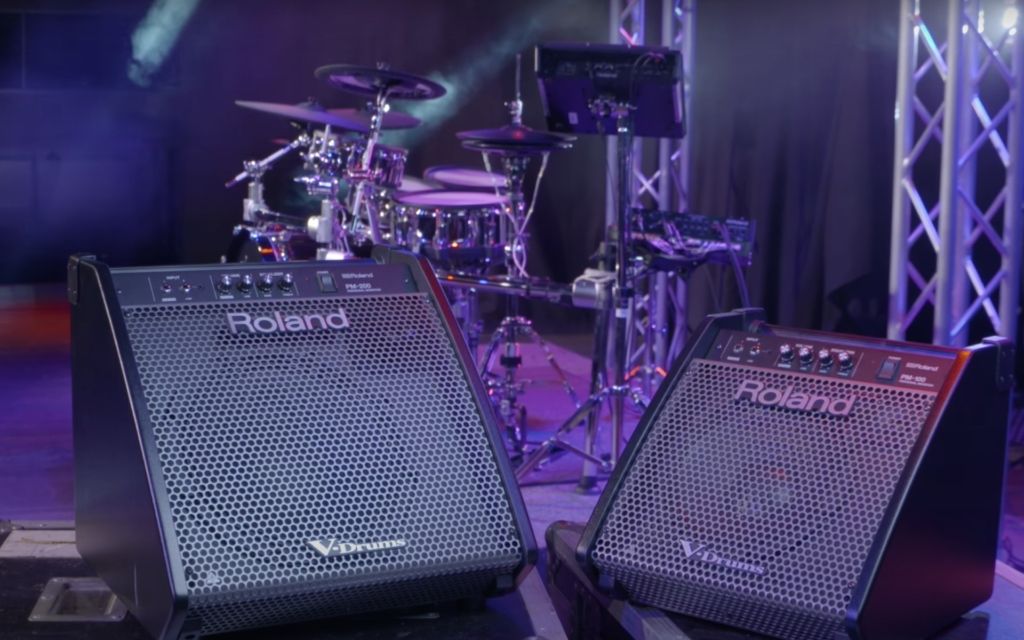 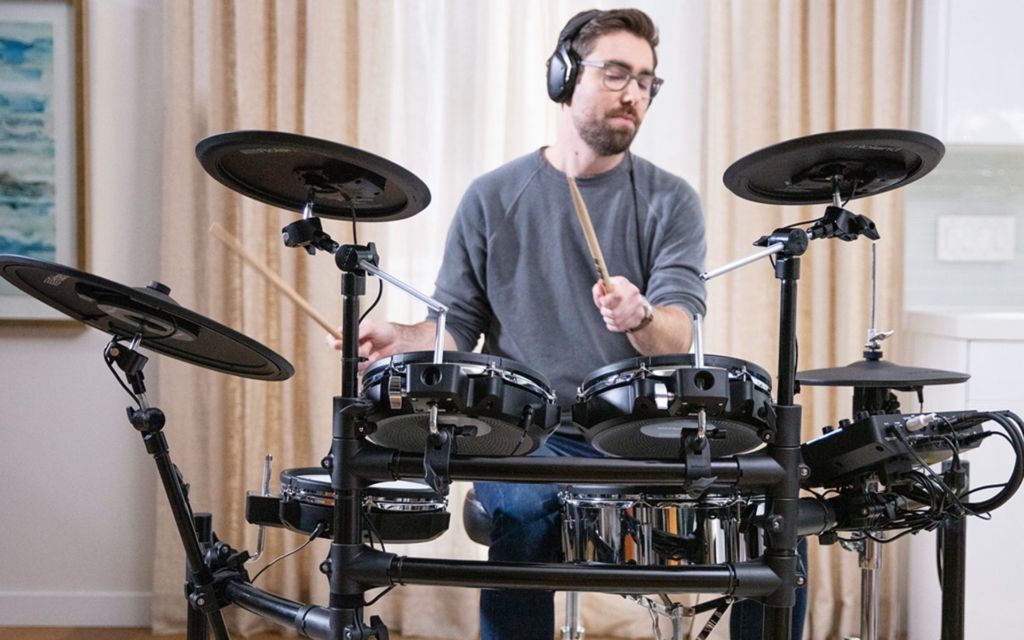