1. Drums Can Make You Live Longer The first of the drum facts on this list is the statement of 107-year-old Viola Smith- who claims that her love and practice of drumming has seen her live a long and healthy life. One of the world’s first professional female drummers, as of November 2019 she was still drumming professionally in the Forever Young Band: America’s Oldest Act of Professional Entertainers!

2. Drums Have Been Used to Communicate Over Long Distances

African tribal drummers were so skilled at drumming that they could accurately mimic speech patterns through performing rhythms. This was used to send messages long distances to other tribesmen who would otherwise be out of earshot. This skill was used by tribespeople as far apart as Ghana and Southern Africa!

3. You Can Play Drums With One Arm! 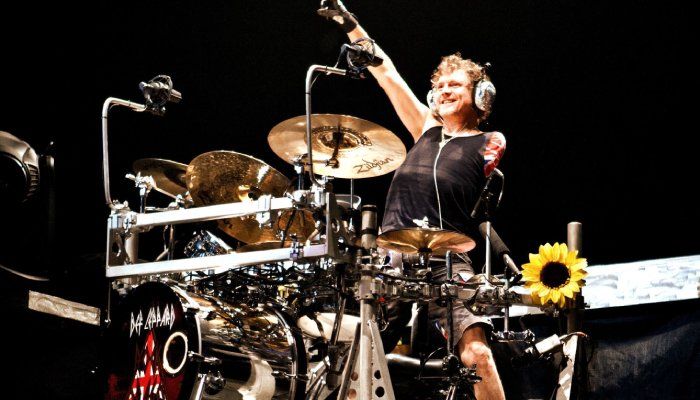 Next on the list of fun facts about drums: You can play difficult drum parts with only one arm!

Rick Allen of Def Leppard fame joined up with the band when he was just fourteen – his mum wrote in reply to the ad looking for a drummer on his behalf! – but lost his arm while they were still on their way to legendary status.

After recovering, he rearranged his gear to use extra foot pedals to replace the drum set components he used to operate with his left arm. His disability has not held him back at all, and he came 7th on Gigwise’s list of The Greatest Drummer of All Time.

4. Drums are The Oldest Instrument

Drums have not changed much over the millennia. The form of a drum has stayed virtually the same: a skin or membrane stretched tightly over a hollow contained space that provides the reverberation needed to make the sound.

There are, of course, modern drums, such as electronic drums, and drum tuners exist that make it possible to dramatically alter the sound, and various improvements to the layout, manufacture, and sound – but if you were to time-travel to the earliest drum user and bring him (or her) to modern times, they would instantly recognize a modern drum – and be able to use it too!

The oldest drum that has been found was dated to 5,500BC – or 7,500 years old – but it is almost certain that our prehistoric ancestors would have used some kind of percussion to chase away predators, inspire speed and intensity on a hunt or in battle, and even to attract a mate or celebrate a success or joyful event.

5. Drums Have Featured In Every Civilisation 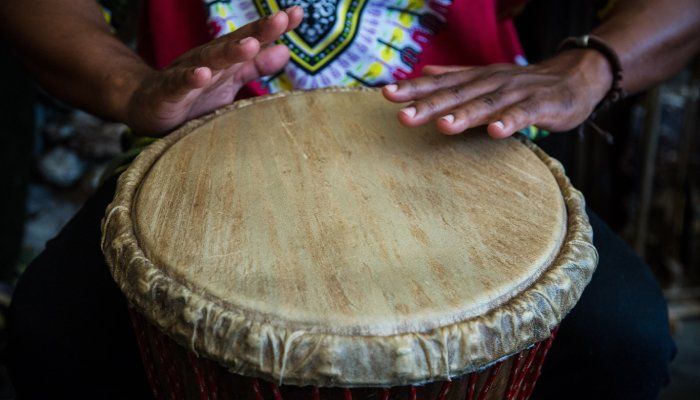 There is no sustained period of time or civilization that has risen, existed, and fallen without being touched, in some way, by drums. They have been used in a wealth of ways: to announce celebrations, to declare war, to psyche up soldiers, and to quicken the pace of movements of everyone from rowers to soldiers on the march.

There have been times when drumming has declined in popularity, such as in pre-Renaissance Europe, or has been threatened by external forces, such as the American plantation owners fearing that drums would be used to incite rebellion and riots amongst their slaves, leading them to ban the practice of singing, music and dancing.

Another record was broken in 2019 when the Australian city of Stirling was determined to strike a blow for harmony and diversity. They succeeded in bringing together over 100 drummers of 77 different nationalities to play together for long enough to satisfy the Guinness Records judge. They succeeded and hold the title of ‘most nationalities in a drum circle‘.

7. Heartbeats Align To The Beat of Drums

Continuing the facts about drums: when we are listening to music, our hearts will, fairly quickly, align themselves with the beat of the drums, speeding up or slowing down a little, depending on the tempo.

If you are feeling lethargic and dull, putting on some fast-paced music can perk you up, while if you are agitated and unsettled, the opposite will work too: calming you and restoring a slower, measured heartbeat.

As we gain shape and form, the first thing we become aware of is our mother’s heartbeat: a steady percussion that accompanies everything from that point until we are born.

With hearing being the first sense to arrive, our almost primitive attraction to a compelling beat becomes more understandable and adds something wholesome to this list of facts about drums. 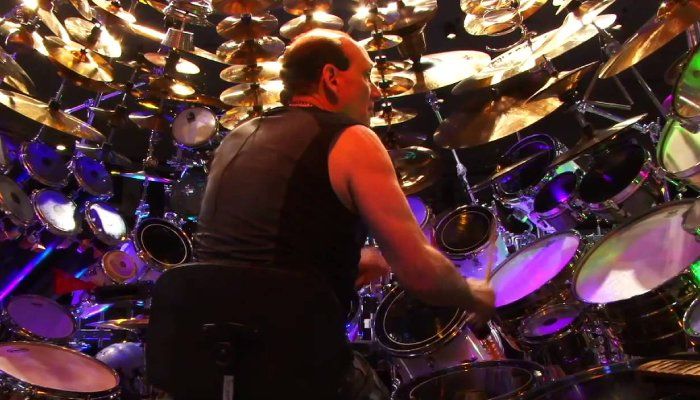 He has been growing this drum set for over 40 years and it takes 4 people over 15 hours to set it all up! Temperato describes himself as an “agent of rhythm” and it’s clear to see why!

Siddharth is a professional drummer from India and used an alternate single-stroke sticking drum pattern with multiple stick bounces on each stroke to achieve the world record. However he did it; that is a highly impressive 35 beats per second! He achieved his record some years ago on Valentine’s Day in 2017, in plenty of time to get himself a comfortable place on this list of facts about drums.