When it comes to cymbals, Zildjian and Sabian have been the two powerhouse brands for decades. They’ve dominated the drumming world, and thousands of drummers have used their cymbals for live gigs and studio recordings.

If you’re looking for a new set of cymbals to purchase, you may be wondering which brand is the better option. While both brands are incredible, they have a few differences. Those differences could potentially sway you either way. Let’s see how these brands compare to each other. 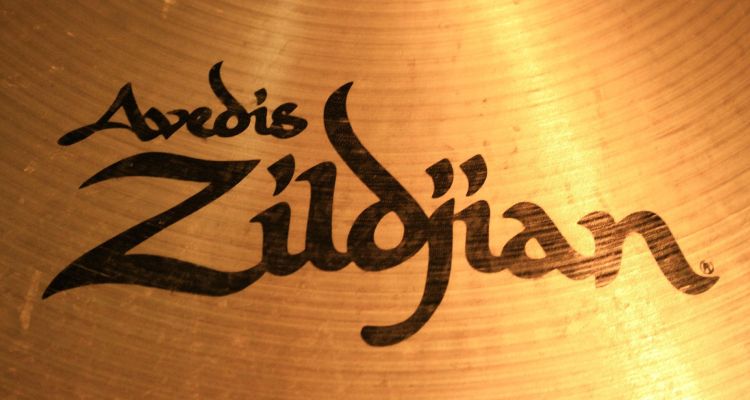 Zildjian is one of the oldest brands in the world. Starting all the way back in 1623, the brand has been built up over hundreds of years to what it is today. It’s always been a family business, and the Zildjian family are renowned cymbal-makers.

A few years ago, Zildjian had Vic Firth join them, which is one of the most popular drumstick brands. This boosted the level of the company even more, with two huge drumming brands being under one roof.

Zildjian has always been a popular cymbal brand, and a good number of non-drummers are even aware of some of their products. You’ll be able to find their cymbals in every music store in the world, making them quite easily accessible.

Many famous drummers have used their cymbals throughout time. Some of the most popular ones are Travis Barker, Dennis Chambers, Steve Gadd, Gene Krupa, Buddy Rich, and Lars Ulrich. Ringo Starr also used Zildjian cymbals when playing with The Beatles, and that drastically boosted the brand’s popularity. 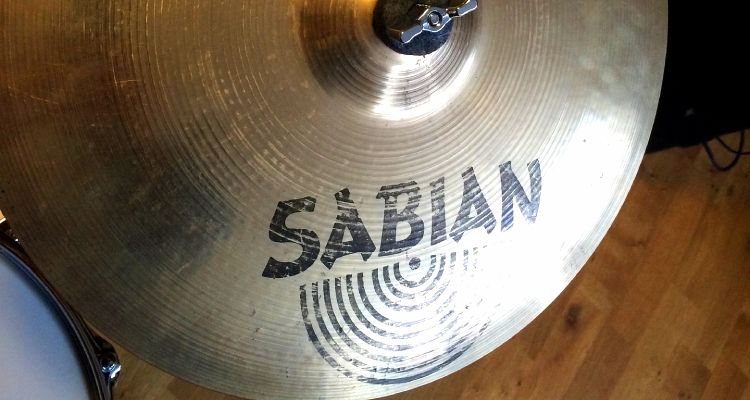 The Sabian story starts with members of the Zildjian family, which is why the two brands are so closely tied together. When Robert Zildjian wasn’t given the position of CEO, he departed to start his own cymbal company in 1981.

While Sabian is a much younger brand, the company’s cymbals gained the same popularity as Zildjian cymbals relatively quickly. By the early 2000s, most drummers on the planet were using either Zildjian or Sabian cymbals on their drum sets.

Sabian and Zildjian had a huge rivalry over the years, but that rivalry has calmed down a bit with the rise in popularity of other cymbal brands around the world. However, they may still be the two brands that pop up the most when on your cymbal search.

Like Zildjian, Sabian has a long list of incredibly popular drummers that have used their cymbals over the years. A few notable names are Jojo Mayer, Neil Peart, Mike Portnoy, Dave Weckl, Phil Collins, and Bernard Purdie.

Most of the prices offered by each brand are relatively similar. You’ll see cymbal brands doing this to stay competitive with each other. If Zildjian cymbals were more expensive than Sabian cymbals, the easy choice would be Sabian. So, pricing isn’t the greatest way of comparing the two brands.

However, it’s worth mentioning as there are a few products offered with varying costs. While most of the frequently made lines from each brand have similar prices, Sabian has a few options that are more expensive than anything that Zildjian offers.

For example, these Sabian Artisan Elite hi-hats cost just under $1000. They’re one of the most expensive single cymbal pairs that you can get from the brand. Zildjian’s most expensive set of hi-hats is the K Constantinoples, and they only cost just over $600.

Sabian also sells a set of cymbals designed with the help of Neil Peart called the Paragon Series. A complete set of these costs just under $4000, making it one of the most expensive cymbal sets available out of all the brands. Zildjian’s most expensive set, the K Sweet Pack, only costs a bit over $1000.

So, if you have all the money in the world, you can spend more on Sabian cymbals than on Zildjian ones.

While most drummers were using either Sabian or Zildjian cymbals in the early 2000s, it could be argued that Zildjian cymbals are more popular in modern times. This is largely due to Zildjian pushing their cymbal marketing more online.

Zildjian regularly posts high-quality videos of their cymbals being played by various drummers. You could get lost on their YouTube channel within all the performances.

Sabian, on the other hand, doesn’t post these types of videos as frequently. So, you don’t get as much of an idea of what their cymbals are like in professional sound settings.

This makes Zildjian cymbals more accessible to listen to and watch being played, whereas high-quality videos with Sabian cymbals aren’t as numerous. With social media being the top marketing tool, it’s a big reason why other cymbal brands such as Meinl have risen in the ranks.

Sabian cymbals are as popular as ever amongst professional gigging drummers, though. The cymbals themselves are still just as good, so experienced drummers have always stuck with them.

While popularity is a decent indication of if you should go with a cymbal brand, it shouldn’t be the deciding factor. The ultimate deciding factor should be the sound of the cymbals and how much you like them, and both Sabian and Zildjian have amazing sounding cymbals. 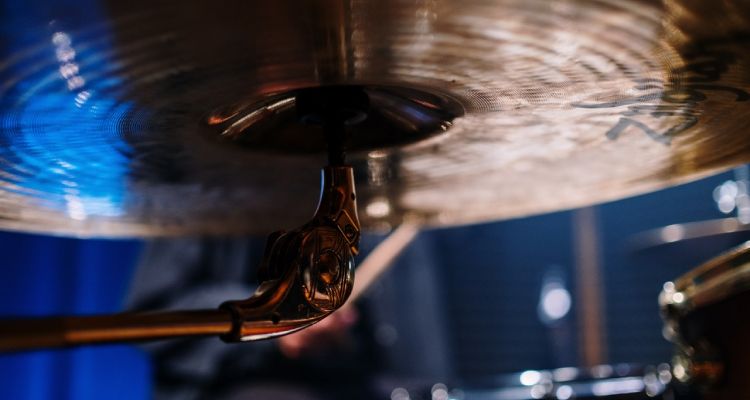 Zildjian’s entry-level cymbals are called the Planet Zs. These are brass cymbals that don’t sound too great, and they don’t have much musicality to them. I wouldn’t suggest getting them, even if you’re a beginner.

A better option would be the higher-quality I Family. These are slightly more expensive, but they’re made of a B8 alloy which is far superior to brass. They’re slightly more responsive, and they have a bright sound that is quite heavy. They’re the updated version of Zildjian’s old ZBT cymbals, which were popular beginner cymbals found on many new drum sets.

Zildjian’s mid-tier cymbals are called the S Family. They’re made of B12 bronze, which is standard for cymbals in the intermediate range.

The Zildjian S cymbals are heavy and bright. They cut through music quite easily, and they’re excellent for heavy drummers wanting a big sound. With so much attack, they lose a bit of response. Their full tone only comes out when you hit them hard, and playing them softly tends to lose some of the quality of sound.

There’s a much larger pool of options from Zildjian in the professional category, with the most popular options being the A Custom and K Custom cymbals.

The A Custom cymbals are bright and punchy enough to cut through all mixes. They’re some of Zildjian’s most used cymbals, especially in the pop, rock, and metal scenes.

The K Customs are the top commercial line from Zildjian. Most of their top-quality cymbals fall under this line, and there are several different types of cymbals in it that all have varying sound qualities. They all share the quality of being darker and more complex than the A Custom line, though. You’d need to do listening tests with these to see which ones you personally prefer. 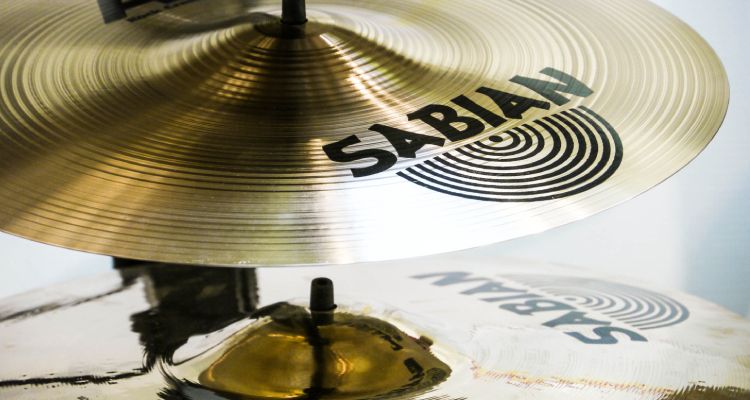 Sabian’s most affordable cymbals are the SBr line. These are also made of brass, meaning they don’t sound too great, but they’re a bit better than Zildjian’s Planet Z cymbals. You also get many more options when it comes to cymbal types, as you can get SBr chinas and stacks.

The B8X is the more preferable line of entry-level cymbals from Sabian, though. These are also made from B8, but they’re slightly more responsive in their tone compared to the Zildjian I cymbals.

Interestingly, the XSR cymbals are made from cast B20 bronze, which is the same alloy used for most high-end cymbals. Sabian has somehow taken it and put it into an affordable cymbal line.

The XSR cymbals are slightly darker, yet they’re still bright cymbals. Sabian offers an impressive number of cymbal types with this lineup, giving you more options than with the Zildjian S cymbals. However, they’re slightly more expensive.

Sabian’s brighter professional option are the AAX cymbals. These cymbals are high-pitched and very explosive, making them perfect for heavier styles where volume is needed. They’re commonly used in pop and Gospel music as well.

Sabian’s top professional cymbal line that is mass-produced is the HHX line. These compete with the Zildjian K Custom cymbals as they all have darker and more complex tones. Sabian also offers a few higher-quality cymbal lines such as the Artisan, Paragon, and Crescent lines.

Both brands cover a wide range of musical styles with all their cymbal lines. When it comes to certain types of music, particular cymbals tend to work better. Since Sabian and Zildjian are in close competition with each other, both brands have competing cymbals that work well for the same musical styles.

The AAX and A Custom cymbals are the best options for rock thanks to their brightness. The HHX and K Custom cymbals are better for more mellow styles as well as studio recording. If you want to get the best cymbals for jazz, you’ll find those within the Zildjian K Constantinople and Sabian Artisan lines.

Is Zildjian or Sabian More Expensive?

The prices between each brand vary slightly depending on which cymbals you compare. Most of the closely competing options have similar prices, with one occasionally costing a few more dollars than the other.

However, you should also know that Sabian has a lot more expensive cymbals available. It’s hard to find any Zildjian cymbals for a drum set that cost more than $700, whereas Sabian cymbals for that price are abundant.

This may make it seem like Sabian is the more expensive brand, but when it comes to the typical cymbals that most drummers tend to buy, the prices are relatively similar.

There’s no clear answer to which cymbal brand is better. Both brands make excellent cymbals that are loved by drummers worldwide. You should weigh up the benefits of both and select one that makes the most sense to you.

We’ve seen how Sabian have better entry-level cymbals, so they’d be a good brand to go with if you’re a beginner. However, Zildjian has amazing cymbals in the intermediate and professional categories to consider as well.

There’s also nothing wrong with using both brands. If you don’t mind the aesthetic of having mixed names across your cymbal setup, it would be ideal to choose cymbals from both as you’d have a wider range of choices. 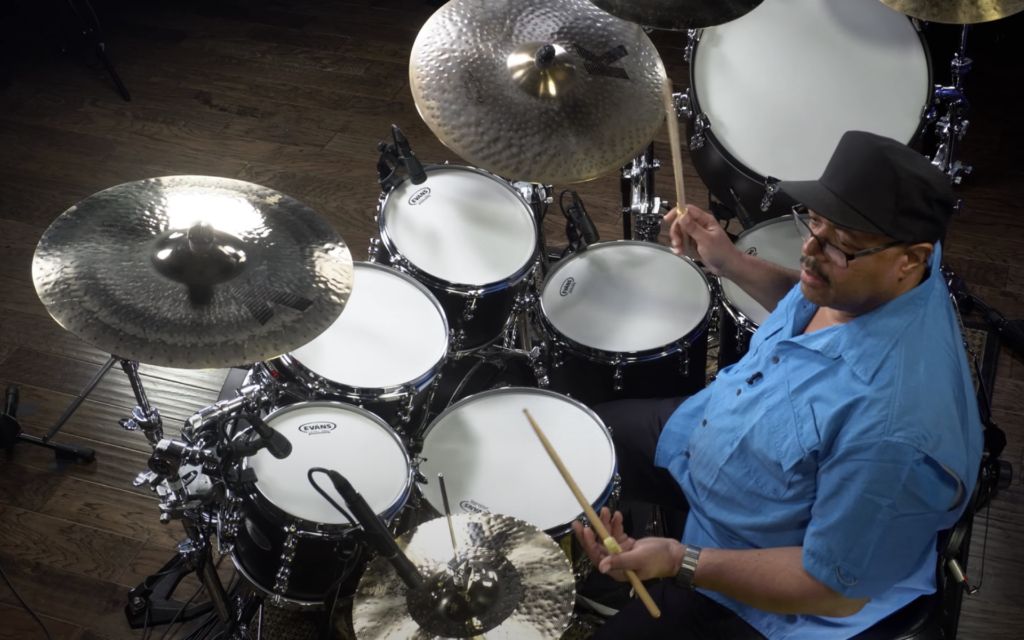 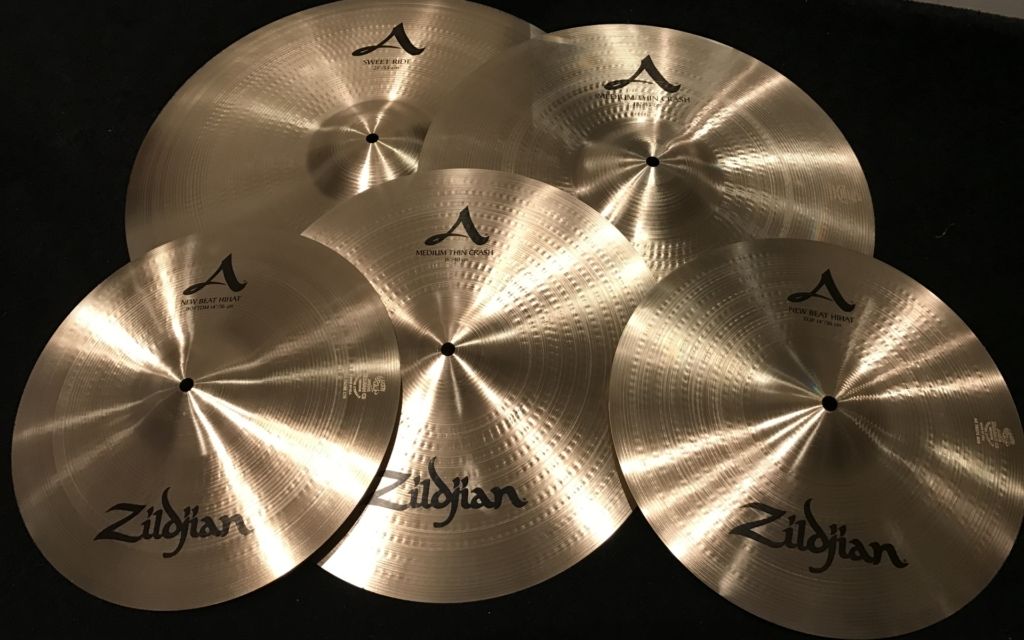 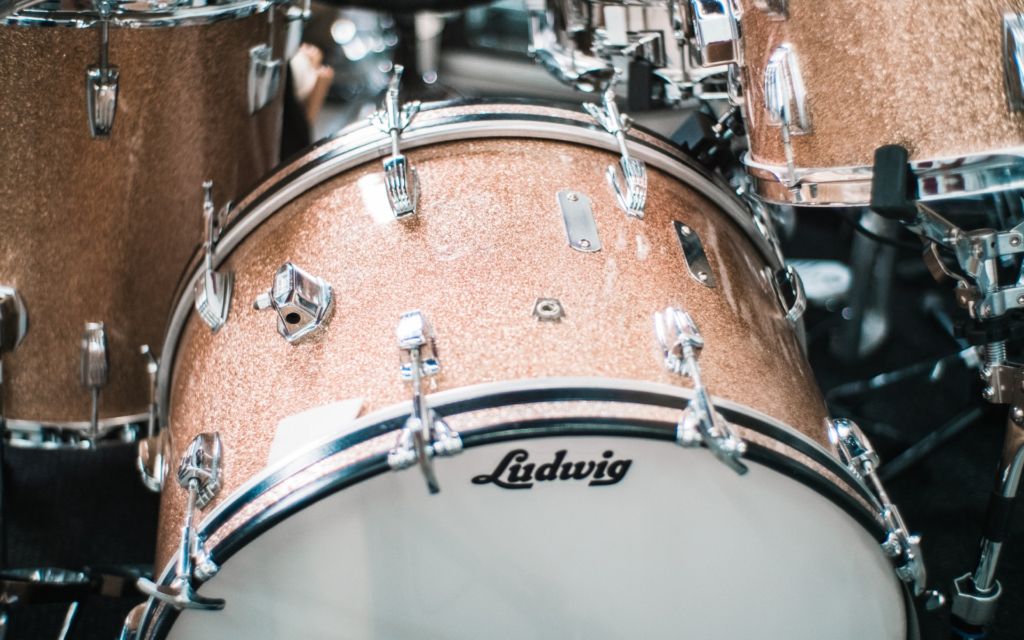 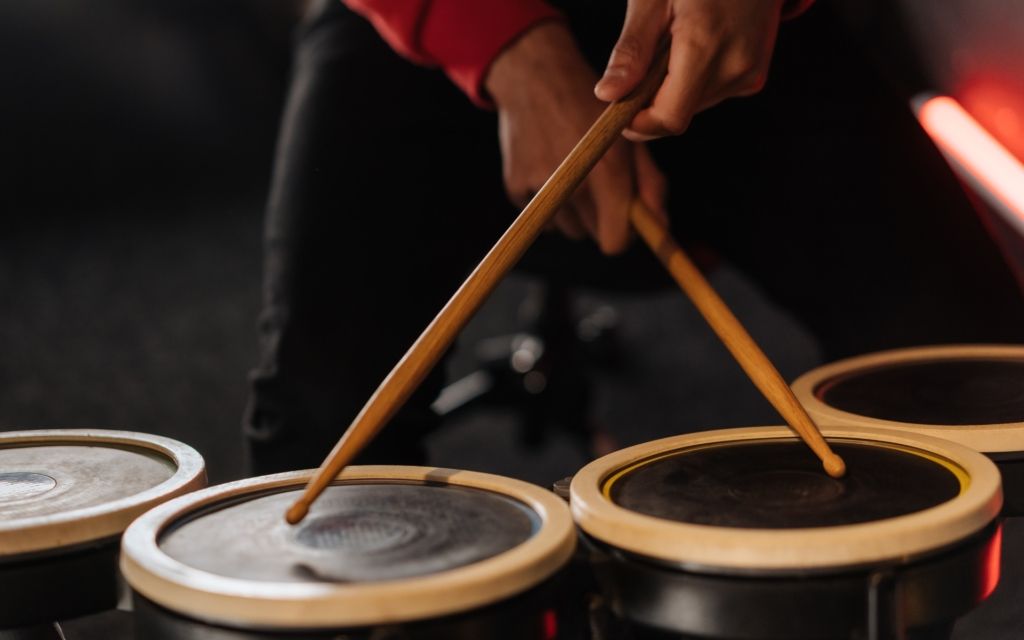